Here are your FOX Business Flash top headlines for March 11.

Deutsche Bank has joined JPMorgan Chase and Goldman Sachs in winding down its business in Russia following the country’s invasion of Ukraine.

“We condemn the Russian invasion of Ukraine in the strongest possible terms and support the German government and its allies in defending our democracy and freedom,” the company said in a statement Friday afternoon. “Like some international peers and in line with our legal and regulatory obligations, we are in the process of winding down our remaining business in Russia while we help our non-Russian multinational clients in reducing their operations. There won’t be any new business in Russia.”

The move comes after Deutsche Bank CEO Christian Sewing previously said in a blog post on Thursday that withdrawing completely from Russia would “go against our values.”

“We have clients who cannot exit Russia overnight. And, as far as we can, we will continue to also support them, too, at this difficult time,” he added at the time.

Deutsche Bank has significantly reduced its Russian exposure and local footprint since 2014. The company has noted that credit exposures to Russia and Ukraine account for “a very small portion” of the bank’s overall loan portfolio, while market risk exposures have been “significantly reduced” prior and subsequent to Russia’s invasion. 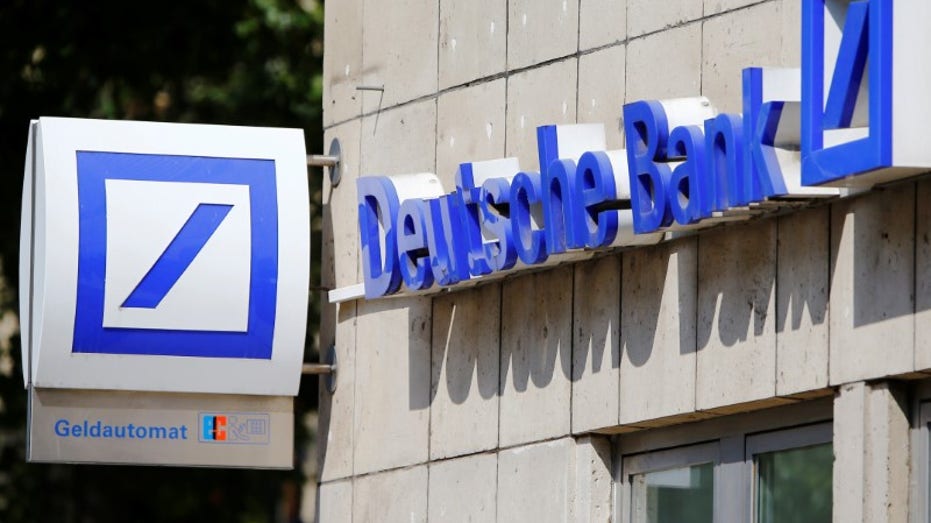 Deutsche Bank has significantly reduced its Russian exposure and local footprint since 2014, with further reductions over the past two weeks. (REUTERS/Wolfgang Rattay)

According to the bank, the vast majority of its derivative exposure to Russia has been unwound, with the remaining presenting “no material credit risk.” Offshore loans to counterparties with a Russian connection by its wealth management business were “adequately collateralised, and the collateral is not linked to Russia.” As for its market exposure to Russia and Ukraine, Deutsche Bank said its risk was “well contained” and that the bank had a “modest defensive position.”

In addition, the bank said the operational risk from a potential closure of its technology center in Russia is also well contained, adding that it presents “no significant business continuity risk to the functioning of Deutsche Bank’s global operations.” The center has around 1,500 employees who make up approximately 5% of the company’s internal and external technology workforce.

“The bank sees production risk as manageable and has stress-tested the ability of its other technology centres around the world, including in Asia, to cover the Russian service centre’s development capabilities,” Deutsche Bank added.

The real estate buying frenzy is over – Axios

Jim Cramers advice for how to invest during a recession: Theres always a bull market somewhere – CNBC